While i will cover Bahamian Artist i do believe it is necessary to study The Artist from around the world especially the Great Artists whose contributions we all use today!!!

Rose-Marie Desruisseau (August 30, 1933 – 1988) was a Haitian painter.[1] Born in Port-au-Prince, Desruisseau won many awards in Haiti for her works, which have been exhibited in Senegal, Venezuela, Santo Domingo, the United States, Canada, and Martinique. After gaining an interest in Vodou in the 1960s, Desruisseau began to include themes of Vodou in her work.[1] Having studied ethnography from 1967 to 1972, Desruisseau taught at the Academy of Fine Arts in 1977.[1] Desruisseau's painting "Delivrance" was awarded the Jacques Roumain first prize in 1974 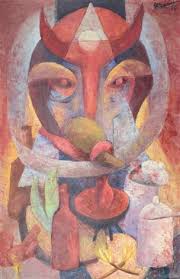 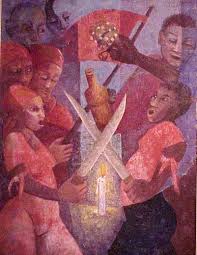 Antoine Louis Léocardie Élie Lescot (December 9, 1883 – October 20, 1974) was the President of Haiti from May 15, 1941 to January 11, 1946. He was a member of the country's mixed-race elite. He used the political climate of World War II to sustain his power and ties to the United States, Haiti's powerful northern neighbor. His administration presided over a period of economic downturn and harsh political repression of dissidents. 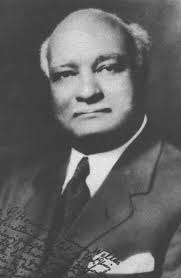 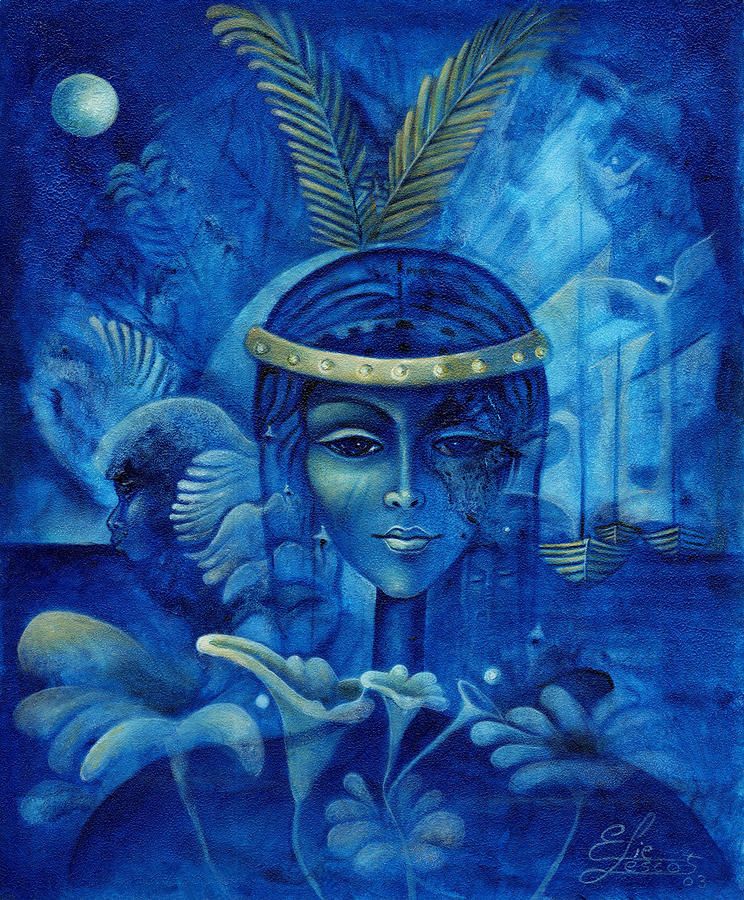 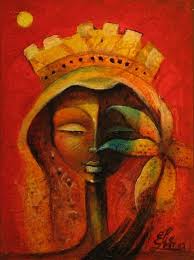 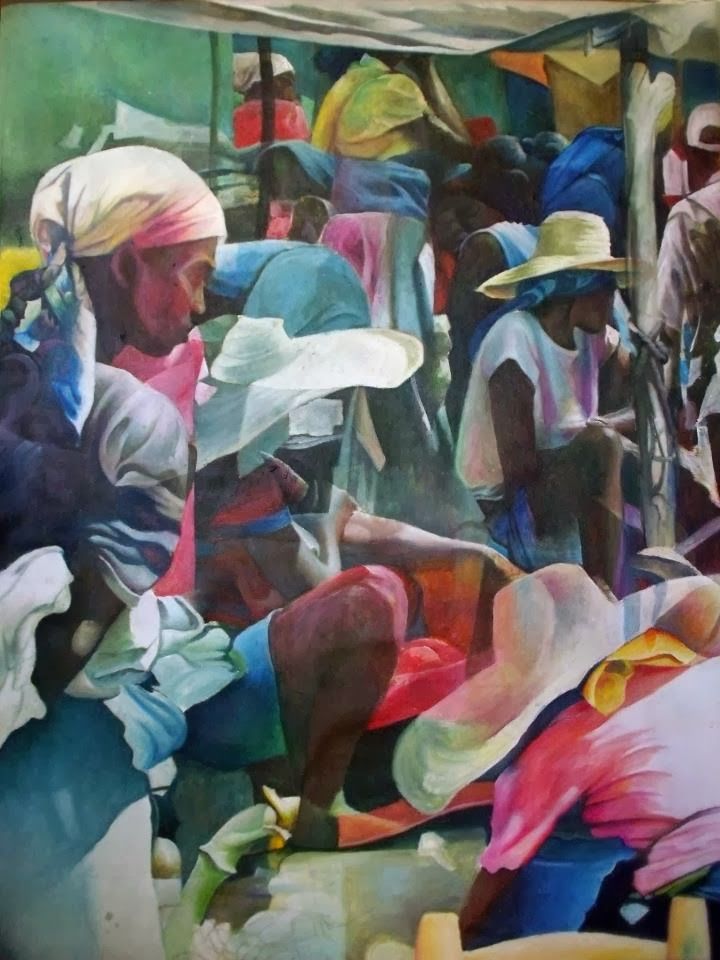 The Worse Sin of Love

The Most Daming Act

That You Thought Was Love

The Murder of the Soul

A Daming Plague in the Mind

Can you pretend to be someone else

to replace someone Else

and Truly be That Someone Else

In a Vain Egotistical Hateful Quest

You Deny yourself True Love

By Enforcing Yourself on Another

Whose Love Always belonged to someone Else

When Somone Else Loved You More

You Damn Us All If you Continue Vain Egotistical Hateful Quest

A Philosophical Poem on Why The Bahamas Should Join Caricom

A friend Once told me when you are powerful be merciful. We are all on a Earth with limited resources if we share the load and coordinate we put less burden on the Earth. We help friends who cant do what we do!through that we show Unity! as we all have different skills an abilities!  when Peacefully coordinated the Team Earth benefits. There is and I in team but it is the I and I that makes We! Together we create unity lets build more positive energy can we even be bold enough to talk about Brexit if we don't ever be? What our friends need us be!

Dance is a performing art form consisting of purposefully selected sequences of human movement. This movement has aesthetic and symbolic value, and is acknowledged as dance by performers and observers within a particular culture.[nb 1] Dance can be categorized and described by its choreography, by its repertoire of movements, or by its historical period or place of origin.

Check out or Film section

The Beijing Opera: Reality and Eternity. The deep symbolism hidden on the Chinese stage

A Brief History of Opera

I use to be ashamed of ballet when i was younger. Mostly because i didnt understand it and respected it for what it is. As i look at it now with mature eyes; i see a Beautiful artform that combines dance, Theatre, and operatic performances that are a joy to watch

Ballet /ˈbæleɪ/ (French: [balɛ]) is a type of performance dance that originated during the Italian Renaissance in the 15th century and later developed into a concert dance form in France and Russia. It has since become a widespread, highly technical form of dance with its own vocabulary based on French terminology. It has been globally influential and has defined the foundational techniques used in many other dance genres/cultures. Ballet has been taught in various schools around the world, which have historically incorporated their own cultures to evolve the art. See glossary of ballet.

A ballet, a work, consists of the choreography and music for a ballet production. A well-known example of this is The Nutcracker, a two-act ballet originally choreographed by Marius Petipa and Lev Ivanov with a music score by Pyotr Ilyich Tchaikovsky. Ballets are choreographed and performed by trained ballet dancers. Traditional classical ballets usually are performed with classical music accompaniment and use elaborate costumes and staging, whereas modern ballets, such as the neoclassical works of American choreographer George Balanchine, often are performed in simple costumes (e.g., leotards and tights) and without the use of elaborate sets or scenery.

Film Ideas:What about Filmmakers doing Special Films For Disabled Families and their friends, giving them the same special effect treatments as the able members of our society and the proceeds go to the families and the Disables so they have some form of independence

Check out our Music Page

July 19th Auditions: Once On this Island; 6pm WVS Theatre

Cardell McClam's Let it snow in the islands fashion show

The Television has been around since the 1920s. Some people were raised on it while others can’t stand it. Television is a form of Mass media. As with everything in this life there are benefits and pitfalls. The benefits of television are that it can be used to educate and entertain.  Increased investment in local television shows will create more jobs, thus improving the economy. Directing is a skill, producing is a skill, acting is a skill and there are many more skilled positions that are required in the making of a production. Tv shows require a sizeable staff the more people being paid for their work the increased potential for a stronger economy with the addition of a more skilled work force, which can possibly result in a better society. The more Tv shows you have the more availability we have for advertisement, potentially increasing revenue’s for local businesses. The creation of these advertisements will also provide more jobs. Television is a tool that can be used to preserve one’s culture and also to share that culture with the world; India has Bollywood, Nigeria has Nollywood, and the USA has Hollywood. Countries around the world are utilizing this medium and obtaining the maximum benefits from it. In the Bahamas we have two credible stations ZNS and Cable Bahamas. None of these stations are making any real effort to create anything substantial to the Bahamas and its people. There are only so many news and talk shows you can do. I am suggesting addition by addition If the news and talk shows were surrounded by watchable tv shows it would increase the interest in the news and talk shows. These companies have had over 20 years, and they have nothing viable to show for it besides fat pockets. But what do the Bahamian People receive, 2nd rate tv in a place that wants to consider itself a first world nation.

"The 39 steps" which was written by John Buchan is a brilliant spy story stacked with interesting and amusing plot twists. This Theatrical Performance is coming to you live from Track Road Theatre (TRT) and it has the makings of a classic. The Performance is spearheaded by a talented and Uber dedicated young director named Charmaine Gibson. The performance boasts a strong and talented cast starring Leslie Tynes, Glenn Sherman Jr., Rossano Deal, and Gail Hanna. coming to you November 20th-24th @ The Dundas


One To Watch: Sizwe Banzi is Dead

With award worthy performances by Dion Johnson and Mark Humes I would highly recommend "Sizwe Banzi Is Dead" to anyone looking for a thoroughly enjoyable experience. I would even go as far as to call it unmissable. The plays finale is  Saturday November 15th at the Dundas Black Box Theatre.

The endless surroundings of blue and white skies,
Not the slightest sound of flies but only the soft animal cries,
No deception or lies, only what is true is seen,

Enjoyed alone or with a partner, the isolation makes one smarter,
To bring the stories from the place home, to tell to all or keep secret,
And quiet for only you to know, come home with a fiery glow, whether,
In rain, shine or snow.

The fish are smart out here, my fly is what they seem not to fear, with all
The bites and immediate fights, I call it a day with the decent of the lights,
The lake I fish will fill my dish, for this is my one day wish.

The feel is not of boredom and not fatigue, but like a baseball player in his favourite
league. The feel is ecstatic and nothing else seems to matter, a couple more hours on the
water and I would have been gladder. Nothing pleases me more than wetting my line, not
even in Brussels which where I could fine dine.

The moment I had in which I was so glad, will never grow old because I am still told, the
fish still bite even at night.


Are you creative? Want to submit a poem for posting on the website? email: thebahamasnow@gmail.com

As Signs Of Oppression Omnipresent

Mother Slaughtered With Child in Womb

Where Was the Assistance

Plus the Skin color was all wrong

But there is no Evil in Skin tone

Just in the Hearts Of Men

So I pray for a day

we are born color blind

Maybe then we can find

and pay no mind to one's colour

cuz she is still my Sister

and you are still my Brother.

When The Lion is loose

I wont die at your noose

You have broken da truce

I will rally da troops

Des are all great qualities

but we need dem in quantity

I will damage u

While I pray you soul

lets Use some Botany

so the Earth can grow

Do you have a great story about this? Share it!

But who do we salute and remember

With Ill aimed arms and ammunition

A Once Peaceful place ya see

A place with a beautiful combination

Of Sun Sand and Sea

But dey no longer care

Dey will take ya life on a dare

with an envious stare

or a venomous jeer

& A lack of justice

such a destructive mixture

Toxic Temper is now the norm

I remember wen we all use to tuff it out together

We live where the Ocean

is supposed to take the pain away

Where life is a dream

If ya learn to live a humble way

But who do we salute and remember

Do you have a great story about this? Share it!